Raiders of the Lost Ark is about as perfect of a piece of Saturday morning adventure serial as one could make. Not just that, it’s a good movie – Doug Slocombe’s cinematography is astonishing, every shot is just about perfectly composed, with action in the foreground, midground and background, moving the story along.
One of my favourite scenes happens early when the two US army men come to chat to Dr Jones. It kicks off the story and serves as pure exposition about the Ark. The army men are played by veteran character actors who, let’s assume, showed up without much rehearsal time or having met before. And yet in just a few lines they convey two fully realised human beings with a history of working together, you get all the history of the Ark, a sense of its danger and mystery, and how the map room, the headpiece to the Staff of Ra, how it all relates. Every element in the film pays off, nothing is wasted.
Only one question occurred to me that never had before; at the end, how do Indy and Marion make it off the Island with the Ark??

Some bonus content – it looks like the Ark goes into a big warehouse at the end of the movie, but I know better.. and I have proof! I didn’t peek inside, however, I promise. These were taken at the Lucasfilm Archives at Skywalker Ranch back in 2003. 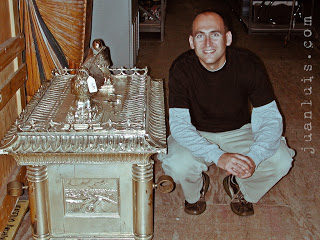 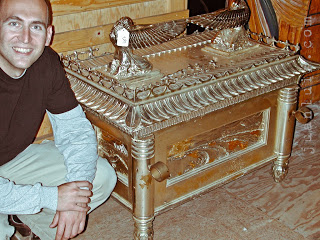